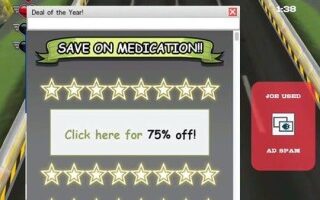 Slightly Social is happy to see their latest game released on Monday, a MVP multiplayer racing game built in the summer by our interns Philip and Johann, finished up in house when they had to go back to school. This Free Multiplayer Sequel To the Hit Racing Game Road Trip 3D, has MILLIONS of players on iOS, Android, Windows & Blackberry!

Battle your friends with fast cars and cool power-ups! Flip your opponents screen upside down, be a TROLL and steal Nitro, send other racers off the cliff with lightning attacks and hit them with rainstorms that send them out of control!

“3 months in the making, we missed some breaking bugs that got through apple reviewers as well, last minute crunch by Eric helped get this thing out with an emergency update yesterday just in time for the influx of users” states Slightly social founder CEO Brad Mills.

Nearly everyone in the office had a hand in it & I’m glad to see it currently doing well in the land of maple syrup and (Canada) and quantitative easing (USA) … It’s in the top charts of its categories, so download it and learn how a local mom makes $1000 a month playing video games.

“Road Trip Friends” is a multiplayer iOS game featuring Nextpeer and can be picked up at Apple iTunes: https://itunes.apple.com/us/app/road-trip-friends-free-multiplayer/id735292154?mt=8

About: Slightly Social is a mobile gaming company based in London, Ontario, Canada