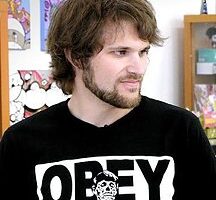 Good things happen when you get out of your comfort zone.

Recently Slightly Social had the chance to fly to China and visit with MediaSoft (Malaysia) and it’s parent company (Hong Kong).

At first I was hoping we could just do some phone calls or a video skype chat, but then I realized that the best things happen when you are out of your comfort zone, so I decided I should pop some gravol and take the flight =)

As a nervous traveller (with a 2 year old and a wife needing you at home) who’s never traveled more than 5 hours on a plane before, the 19 hour flight to Hong Kong on 1 weeks notice was a bit of a mental barrier for me to leap over. But I’m so glad I did!

We were there to talk about mobile game marketing (getting users) and monetization, as they are just ramping up their mobile game operation to deliver some quality mobile games, but needed some consulting.

“MediaSoft and Slightly Social’s partnership comes as the mobile app market is growing explosively on the heels of record sales of mobile devices. Last year 364 million computers were sold vs 531 million smartphones and tablets.”

The trip went so well, and we enjoyed working together so much, that we decided to create a more formal partnership.

I’m so impressed by MediaSoft’s team and ability to create high quality mobile games that I couldn’t help but want to focus more of Slightly Social’s efforts on publishing and marketing their great games.

So today we are super happy to announce our official partnership for 2013. Slightly Social will be publishing up to 100 of MediaSoft’s games, and directing the company’s mobile marketing and monetization strategies.

Slightly Social is excited and motivated to be working with this great team and I’m personally excited to introduce millions of people to MediaSoft’s fun games.